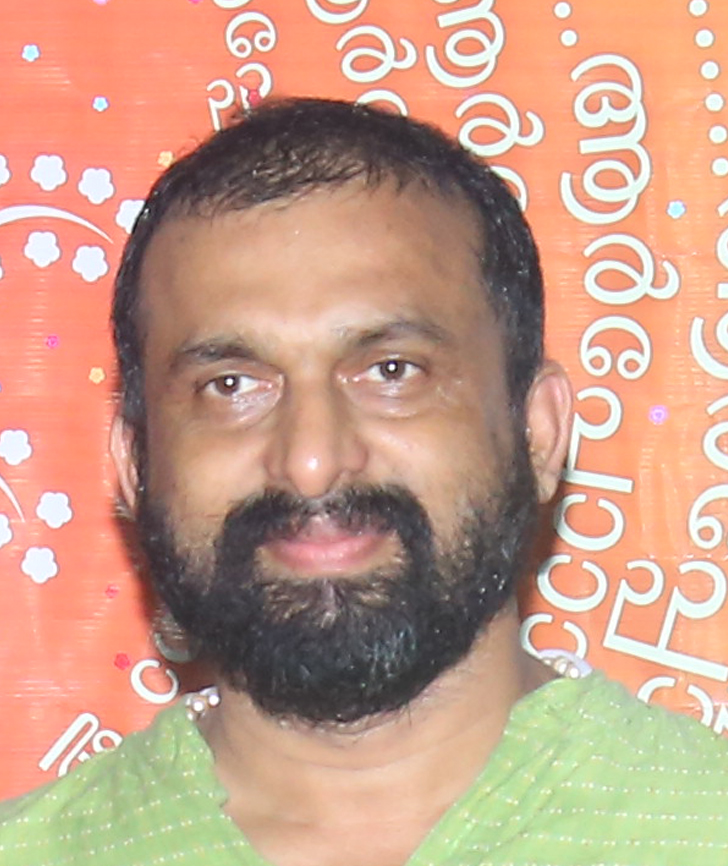 Manoj, a graduate from College of Fine Arts Trivandrum, is an Illustrator of childrens books and much more. He is a prolific artist, illustrator, animator, sculptor, caricaturist and digital artist. He won much public acclaim through his animation film Rakhee and Mausee with his animation Guru and India's first animator and famous illustrator Mr. Sudhosatwa Basu. His caricatures have appeared in The Hindu, The Pioneer, Observer, Asian Age etc.

Manoj works in a variety of mediums on a wide range of projects. He has redesigned a Malayalam magazine(moolyasruthi) with Illustrations, designed and illustrated a user's guide for children, Dohametro, illustrated the Toyota colouring book for Qatar school children, conceptualized, designed and illustrated The Art and You activity book for a major education publisher from Kerala, creates an illustration sequence called Kunjettan, in which an auto driver shares his knowledge with his friends who are school children on every aspects in which the children are interested in, an information cartoon strip for pre-school and anganvadi children.

He has worked in the capacity of  Designer, Animator and Creative Head for various companies in India and abroad.

About DC books
Mango Books, children’s imprint in English from DC Books, aims to publish books that will find a place in every household. Mango’s publications fall into every category such as fiction, children’s literature, poetry, reference, classics, folktales and biographies. Read more